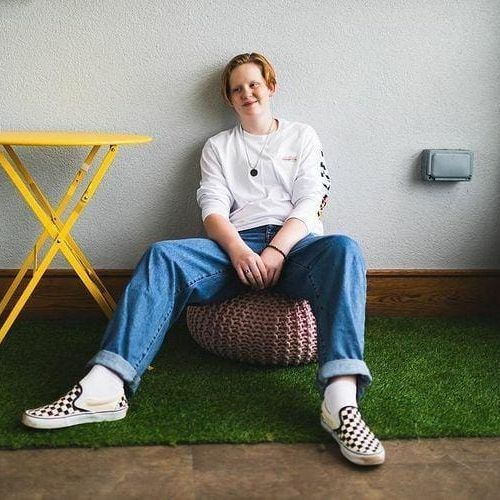 Today we had the pleasure to talk to the internets newest 14 year old supermodel Mace Leyden,
Mace when asked in an interview said he can not wait to work with Netflix in 2022
This is the full interview and conversation our college had with Mace.

You have a huge following on Instagram. How has the power of social media affected your life?

It definitely has affected my life. I am so grateful to everyone that follows and supports me so I try to engage with them as much as I can. It’s hard keeping on top of it all, as I’m also in my final year of GCSE’s and have both acting and modeling commitments. It’s really cool when I get recognized out in public, but you can also get a lot of negative attention too. I just try to keep doing what I love and ignore the bad stuff. Acting and modeling is just something I do, it’s not who I am.

As an actor, what type of roles and genres do you normally gravitate towards?

I’ve had so many audition’s but I seem to get my bookings for more dramatic roles rather than comedy, I love it when I have to try and be a bit sinister too. I’ve been so close to so many big roles and just missed out in the last cut, but I definitely think the right role will be there one day. Sometimes I look too old or am too tall for roles (I’m 5’9) and then sometimes I’m too young and they want over 16 so you can work longer hours. It’s frustrating at times but I love it so will keep at it.

When asked to tell us about himself he said this.

Well, I’m an actor and model who was born in England but then lived in Australia and Ireland but am now back in England. I’ve moved a lot haha. I was first scouted for modelling when I was 4 years old in London and started working straight away. I’ve worked all over the world and for so many different brands and magazines that it would be impossible to name them all.

Acting started for me a bit later with commercials in the UK, and then in Australia, I was cast in a mini-series with Guy Pearce and then I got a role in Neighbours. I then landed a role on the Warner Brothers / CW series Arrow, and recently I had a small role in a movie coming out next year called Four Kids And It. My biggest role then came next starring in the RAI/Netflix TV series Medici, the Magnificent. This is coming out at the end of the 2022. I’ve also been in a Brat Network teen Youtube series, which was great fun to film in LA.

We now live in Somerset in Devon and I go to school online with real lessons at Interhigh, and I have a really supportive mum and dad who take me everywhere and help with lines and auditions and have a brother and sister who are 12 year old twins. They are so understanding and supportive I really couldn’t do any of this without them. I’m lucky and I love them loads. I’m also a competitive swimmer and train 6 times a week with a local swim club, I play the guitar and love playing on my Playstation.

Mace is so hardworking and determined, I have worked with him since he was around 10 years old when we started filming for youtube meaning I have watched his battle with depression and how terrible it was for him but I also saw him bounce back from that stronger than ever and I am so proud that he came out the other side and has become an internet sensation. I was extremely lucky to work with Mace as I feel we have such a strong bond now, he really is like a brother to me I have been through so much with him from watching his first runway to filming his first music video I even went to school events with him such as swimming competitions and award ceremonies and he's going to kill me for being so cheesy but he's become like family to me.