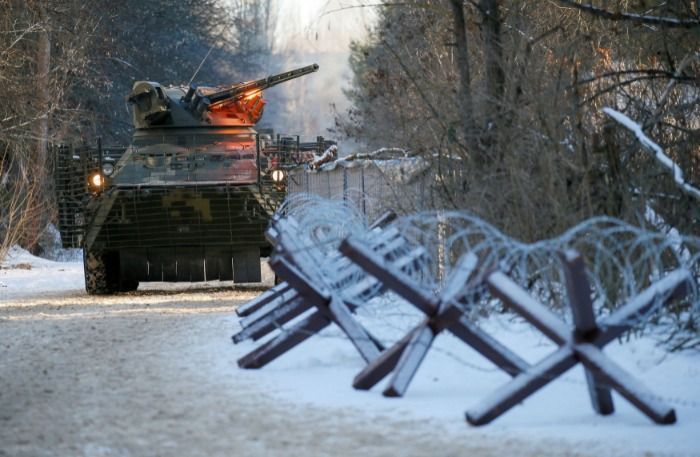 Russia has invaded Ukraine and is now in active conflict with the nation, prompting immediate defensive action from NATO forces. President Biden is expected to give an address in the coming hours, what action will be taken is yet unclear but this has sparked worries of a return to conflict in Europe.

This all began as an internal Ukrainian crisis in November 2013, when President Viktor Yanukovych rejected a deal for greater integration with the European Union (here's why this was such a big deal), sparking mass protests, which Yanukovych attempted to put down violently. Russia backed Yanukovych in the crisis, while the US and Europe supported the protesters.
Since then, several big things have happened. In February, anti-government protests toppled the government and ran Yanukovych out of the country. Russia, trying to salvage its lost influence in Ukraine, invaded and annexed Crimea the next month. In April, pro-Russia separatist rebels began seizing territory in eastern Ukraine. The rebels shot down Malaysian Airlines flight 17 on July 17, killing 298 people, probably accidentally. Fighting between the rebels and the Ukrainian military intensified, the rebels started losing, and, in August, the Russian army overtly invaded eastern Ukraine to support the rebels. This has all brought the relationship between Russia and the West to its lowest point since the Cold War. Sanctions are pushing the Russian economy to the brink of recession, and more than 2,500 Ukrainians have been killed.