Birthday Messages Pour In For Kalimbwe 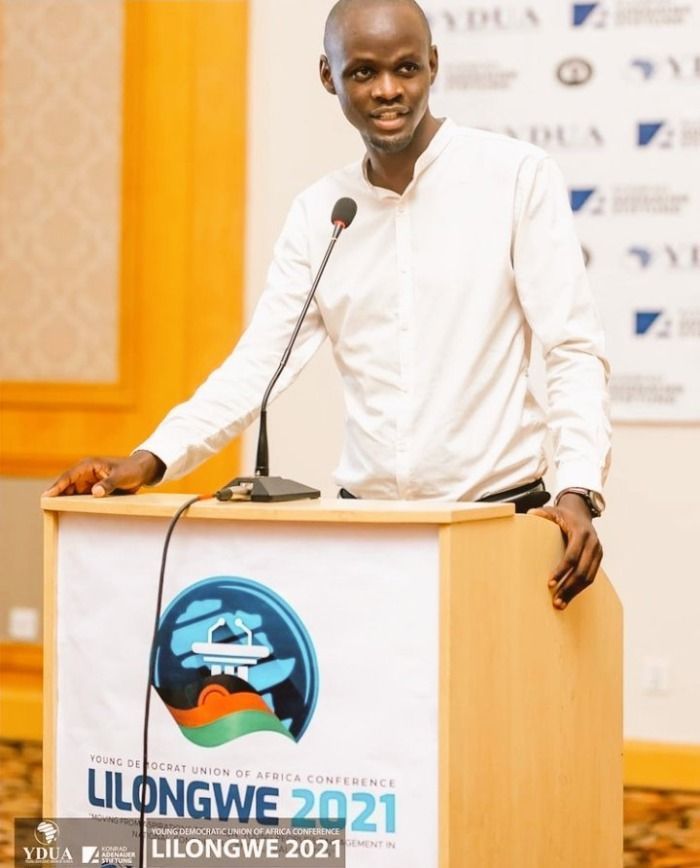 Zambian youth politician and Information & Publicity Secretary at the ruling UPND was the subject of love and admiration on Friday 25 March as he turned 29 years. Messages of love & inspiration came from far and wide across Africa throughtout the day from prominent Africans.

The first message came from prominent Tanzanian activist and media personality Maria Sarungi who sent her message to her 1 million followers on Twitter, "Happy Birthday Joseph, keep fighting no matter the difficult" her message read. Tanzanian opposition young leaders also weighed in to send their messages to Kalimbwe, 29, who was born in Western Zambia.

Kalimbwe's fellow Zambians weighed in to send their messages with some saying he should remain disciplined to carry on the work of the UPND or "even lead the nation". Kenyan Journalist Kennedy Kandume of DW also sent messages as well as Namibian Lawyer Kadhila Amoomo who captioned a seemingly young Kalimbwe wearing a red University of Namibia shirt saying Kalimbwe is a leader of note. Kalimbwe attended university in Namibia and his loved by a large section of the Namibian youth population.

Kalimbwe rose to continental prominence following the electoral victory of his party. He has since been outspoken calling for democracy in Africa. However, he has met criticism by some who feel he does not respect Africa. This was after prominent members of the ruling party in Zimbabwe went to that country's national broadcaster to ask the Zambian President Hakainde Hichilema to call his "boy to order" after Kalimbwe claimed some African president book private jets to Europe to address 4 people.

Former Lusaka Province Minister Bowman Lusambo attacked him last December saying he is a small boy still to learn. The following months, the spokesperson to the President of Zimbabwe threatened to tear Kalimbwe down into pieces. Last months, Zimbabwe sent a 6 member delegation that included Former Minister Obert Mpofu and Minister Patrick Chinamansa to Lusaka to among other things meet the Zambian President over Kalimbwe. However, Hakainde Hichilema did not meet them and delegated them to junior officials.