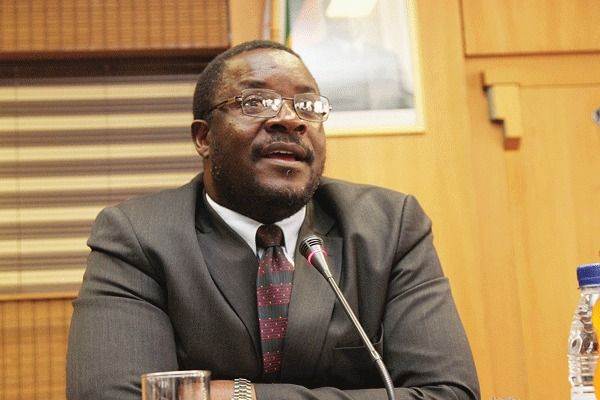 Zambia's popular youth politician from the ruling United Party For National Development, Joseph Kalimbwe and President Mnangagwa's spokesperson, George Charamba clashed on social media this morning. This comes after Charamba posted a photo of Kalimbwe standing next to his grandmother and captioned it by asking the young Kalimbwe to build her a house.

This latest clash came after Charamba stated that Kalimbwe is being heavily funded by Americans like Hachilema was reported funded by Anglo America in the 1990s. Charamba claims Kalimbwe was given $450 000 on January 13 and later $50 000 on 17 January 2022 wiyhout revealing his source of information. Charamba further states that Kalimbwe bought a house in Lusaka and a farm outside the capital. Charamba says while its not corruption for Kalimbwe to get funding from his American friends, he must build his grandmother a decent house because he was "rich through western funds".

Kalimbwe did not take the claims by Charamba lightly, he later posted that he loves his "Kuku and she lives well". Its not a crime to have anyone fund your political career but the popularity of the vocal Kalimbwe seems to have unsettled many big wigs across the river because of his association with the opposition.

Meanwhile several of Kalimbwe's followers say Charamba is fighting the young man because he is scared his boss will be removed from power in 2023.