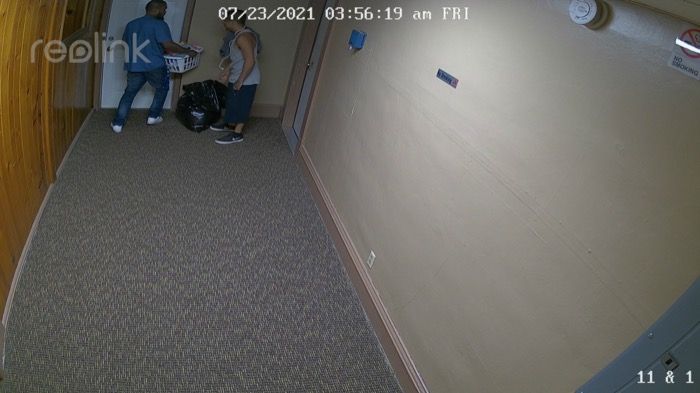 Early Sunday morning murder in Ontario,Oregon.
Police are asking for the public’s help in identifying two suspects believed to be involved in a murder in the early hours of Sunday July 25th 2021. The two suspects can be seen frequenting the apartment where a male victim had been declared deceased. It is believed to be gang related. The victims name is pending until next of kin can be notified and police haven’t released details due to the ongoing investigation. If you have any tips you are in encouraged to call the Ontario police department.