Ryan Tannehill Out at Least 6 Weeks with Pectoral Injury 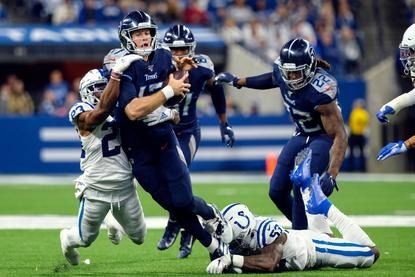 Tennessee Titans quarterback Ryan Tannehill reportedly will be out for at least three weeks.

ESPN's Field Yates reported the team placed Tannehill on the injured reserve list Monday, and Logan Woodside will serve as DeShone Kizer's backup while Tannehill is out. Ian Rapoport of NFL Network reported the tenth-year QB has a pectoral strain.

Jerry McDonald of The Tennessean first reported the news.

The 33-year-old is on the downhill slope and likely done for the season.

Ryan underwent season-ending knee surgery and was placed on injured reserve while on the Miami Dolphins roster. His NFL career has been plagued with injuries.